Is Bitcoin (BTC) a good purchase after Intel’s new Blockscale

Is Bitcoin (BTC) a good purchase after Intel’s new Blockscale This has increased interest in the overall token and could lead to an increase in its value.

Intel’s new Blockscale ASIC as a catalyst for growth

Intel announced their new Blockscale ASIC, which is a new Bitcoin mining chip that will be available by Q3 of 2022.

A huge company such as Intel entering the Bitcoin (BTC) mining space could mean a huge influx of new miners that will ultimately increase interest in the blockchain network.

The Blockscale ASIC is a chip and not a mining machine. The company will use it to develop its own miners, where they will specifically focus on being the chipmaker.

In fact, according to the official press release published on April 4, 2022, Intel said that Shipments of the Intel Blockscale ASIC to customers would begin in the third quarter of 2022, where Argo Blockchain, Block Inc., Hive Blockchain Technologies, and GRIID Infrastructure w are among the first companies to develop new systems through Intel’s ASIC.

Specifically, according to data from Glassnode, these Canadian Bitcoin ETFs have increased their holdings by 6,594 Bitcoin (BTC) since the beginning of January and have reached an all-time high of 69,052 total BTC held.

Both of these factors can contribute to the overall growth of the value of the Bitcoin cryptocurrency token. 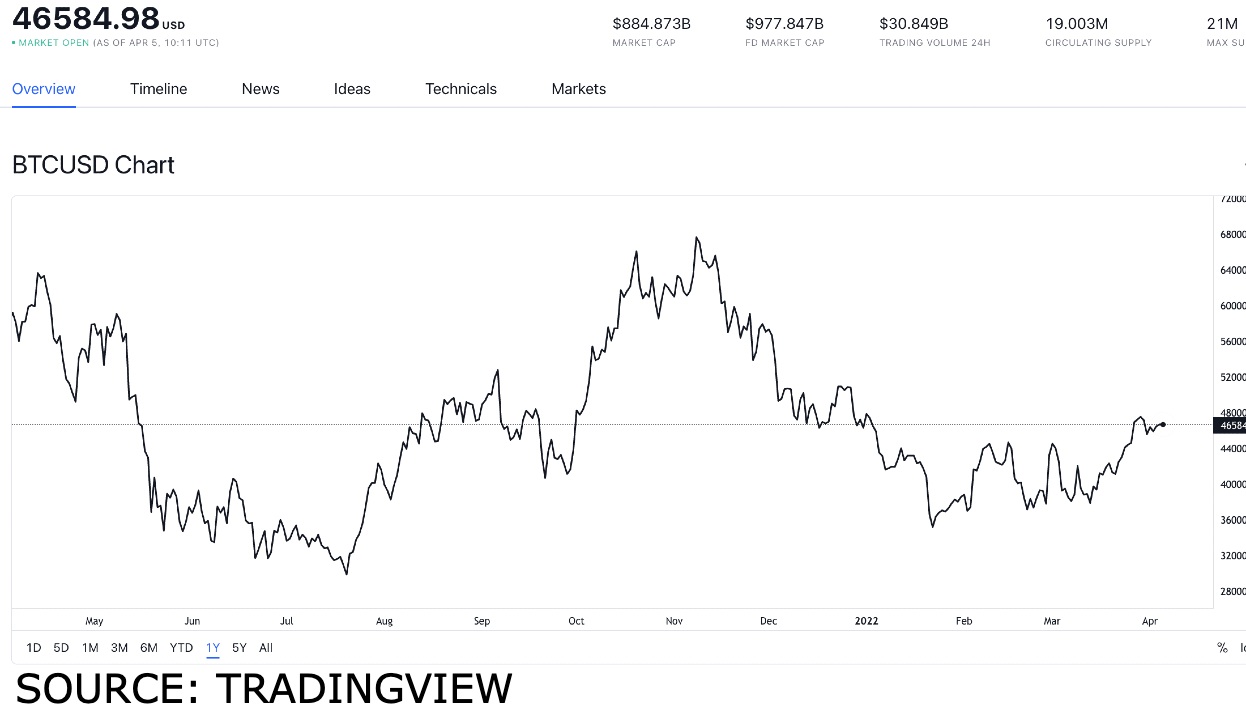 For us to truly see what this value point means for the future of the Bitcoin (BTC) cryptocurrency token, we will be going over its ATH point of value alongside the performance of the token throughout the previous month.

However, when we go over the value of the token throughout the previous month, Bitcoin (BTC) had its lowest point of value on March 7, 2022, when the token decreased to a value of $37,351.3.

With this in mind, we can expect the value of the Bitcoin (BTC) cryptocurrency token to reach a value of $50,000 by the end of April 2022, making it a solid token to buy.