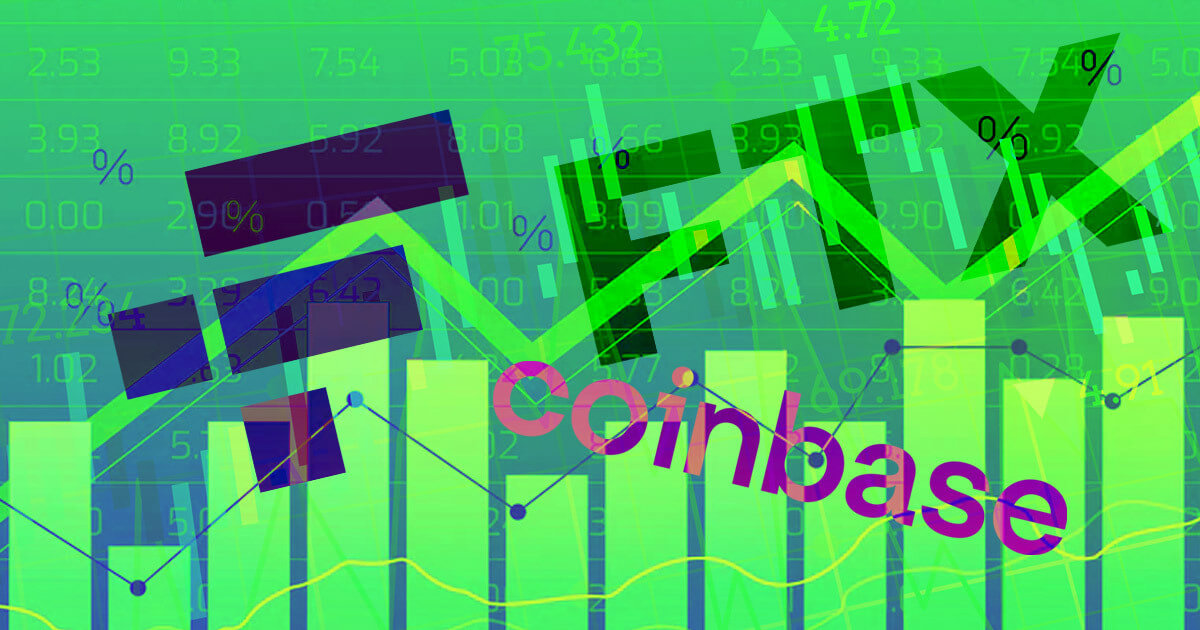 The spot Bitcoin trading volume on FTX has surpassed Coinbase for the first time, hitting $30 billion in a single month. 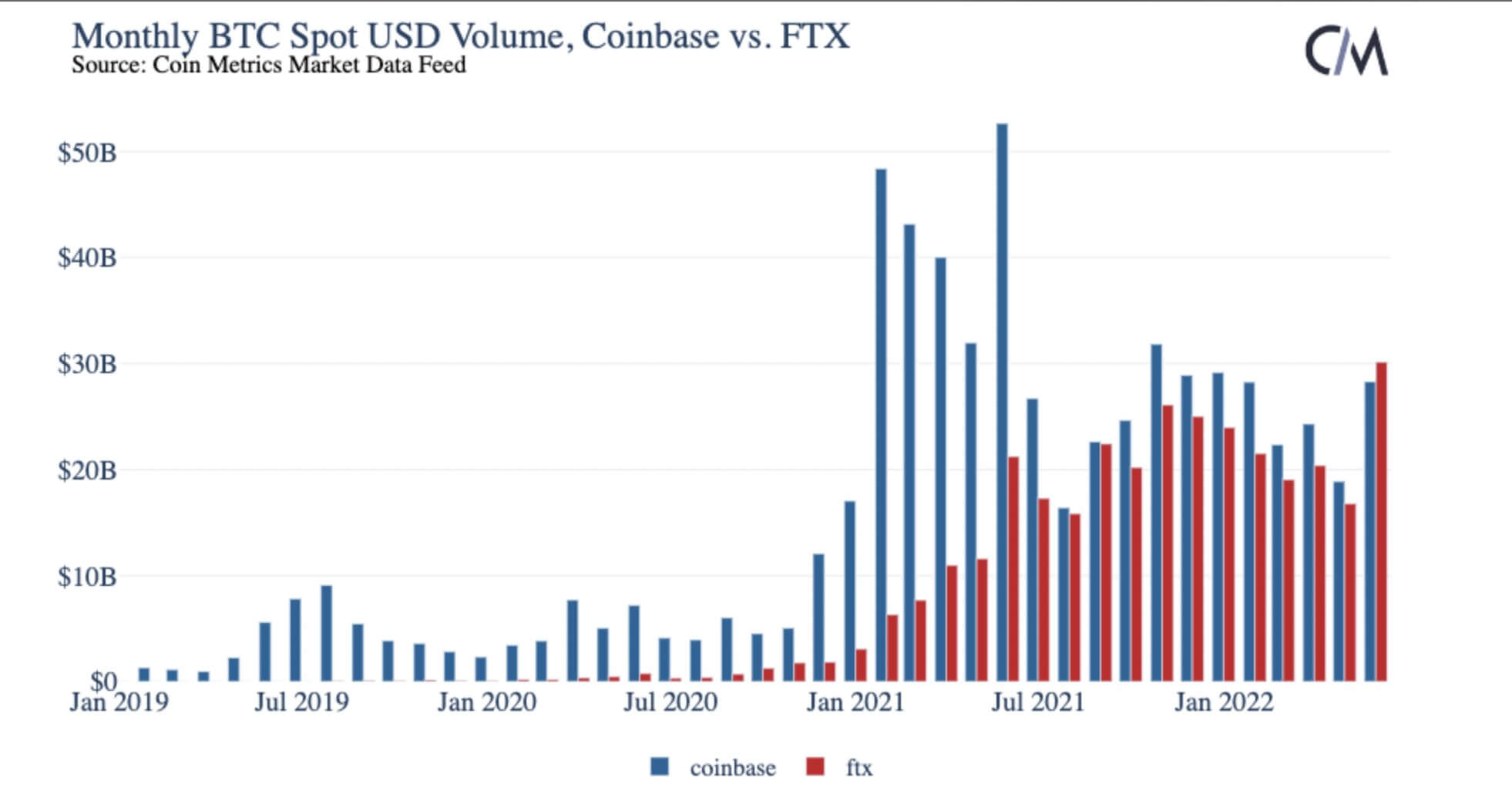 Coinbase is having a hard time in 2022 as they recently announced they would be stopping new hires and rescinding job offers to new starters. The company has also seen its share price drop from highs of $342 per share down to just $69, a decline of 79%.

Changes to its terms and conditions also sparked concerns as the wording around potential ‘bankruptcy‘ was updated in May. Even with the announcement of new offerings such as its NFT marketplace, Coinbase struggles to maintain momentum during this bear market.

FTX is now the second-largest centralized exchange by trading volume, according to Coinmarketcap. Binance still tops the chart with a massive $17 billion per day, but FTX now trades over $2 billion per day in second place.

Further, the FTX token, FTT, is in fourth place among centralized exchange tokens according to the chart in CyptoSlate’s asset directory. The FTT token is up 5% weekly, with only Bitfinex’s LEO outperforming it at position 2 with an 8% gain in the last seven days.

Interestingly, a volume monitoring tool on the FTX website suggests that OKX has the second-highest spot volume at $5 billion per day. However, Coin Gecko lists FTX in the number two spot among exchanges with a 10/10 trust score. Other exchanges such as WhiteBIT, LBank, and XT.com report higher spot trading volumes, but these exchanges currently have a 9/10 trust score by Coin Gecko. It is unknown why FTX says OKX trading volume is so much higher than other sources.

FTX increased has more than doubled its userbase during the final quarter of 2021, according to a tweet by its president. Conversely, Coinbase reported a $430 million loss amid a decline in usage.

The US exchange, FTX, has yet to go public with an IPO as the board fears launching into a bear market. The company was valued at around $32 billion at the start of the year, so a future IPO could start at an even higher valuation, given its recent success.

« Nexo Takes a Dig at Celsius, Claims They are Operating » Can you Profit from the Wyckoff Method in Cryptocurrencies?