Ether sees record outflows from exchanges while Bitcoin smashes through

Ether sees record outflows from exchanges while Bitcoin smashes through 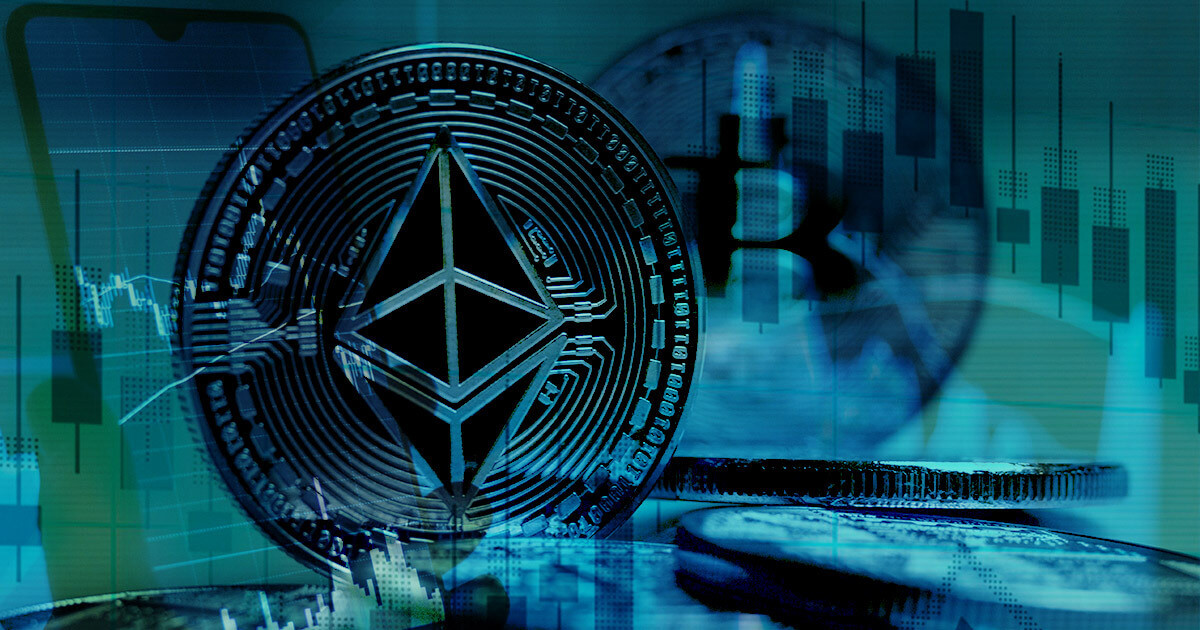 As bitcoin (BTC) soars to $42,000 and beyond, trading above $43,000 at press time, the premier cryptocurrency by market cap saw more than 15,000 BTC in outflows from exchanges earlier this week. It’s the largest outflow from exchanges since the 29th of January, according to data from crypto analysts IntoTheBlock.

This constitutes a positive sign for the price action of bitcoin, since assets taken off exchanges, and likely transferred to cold storage, are less likely to be sold in the short- to medium term. The last time BTC experienced a large outflow, it was followed by a significant rise in price.

Largest amount of ether withdrawn from Exchanges in 2022

Not only is bitcoin transferred out of exchanges in large troves, ether, the second-largest cryptocurrency by market cap, saw another major outflow from exchanges on Wednesday. According to InteTheBlock, this was the largest amount of ether withdrawn from Exchanges in 2022, as over 180,000 ETH was withdrawn from centralized exchanges within a single day. ETH reserves on centralized exchanges have been decreasing rapidly in 2022, adding up to over 1.08 million.

According to crypto on-chain analysts Santiment, ether enjoyed another leg up on Wednesday, jumping above $3,000 after yesterday’s first breach above this resistance level in three weeks. Traders shorting ether were piling up following the breakout above $3,000, leading to plenty of ether liquidations as an immediate result.

Generally, this past week has been a sea of green for crypto after the U.S. Federal Open Market Committee (FOMC) announced a rate hike of the U.S. Federal Reserve interest rate everyone expected. The non-surprising increase of the interest rate by 25 basis points has had most markets trade in the green. Crypto market prices are still moving in tandem with equities, but there are signs of less correlation, according to Santiment.

Bitcoin prices have now consolidated between $38,000 and $45,000 for over two months, and a large volume of BTC has changed hands during this period, as per data from on-chain analysts Glassnode. Newer buyers (short-term holders) have accumulated heavily in this range while many long-term holders are holding coins at a loss. This means both categories have an incentive to continue holding. 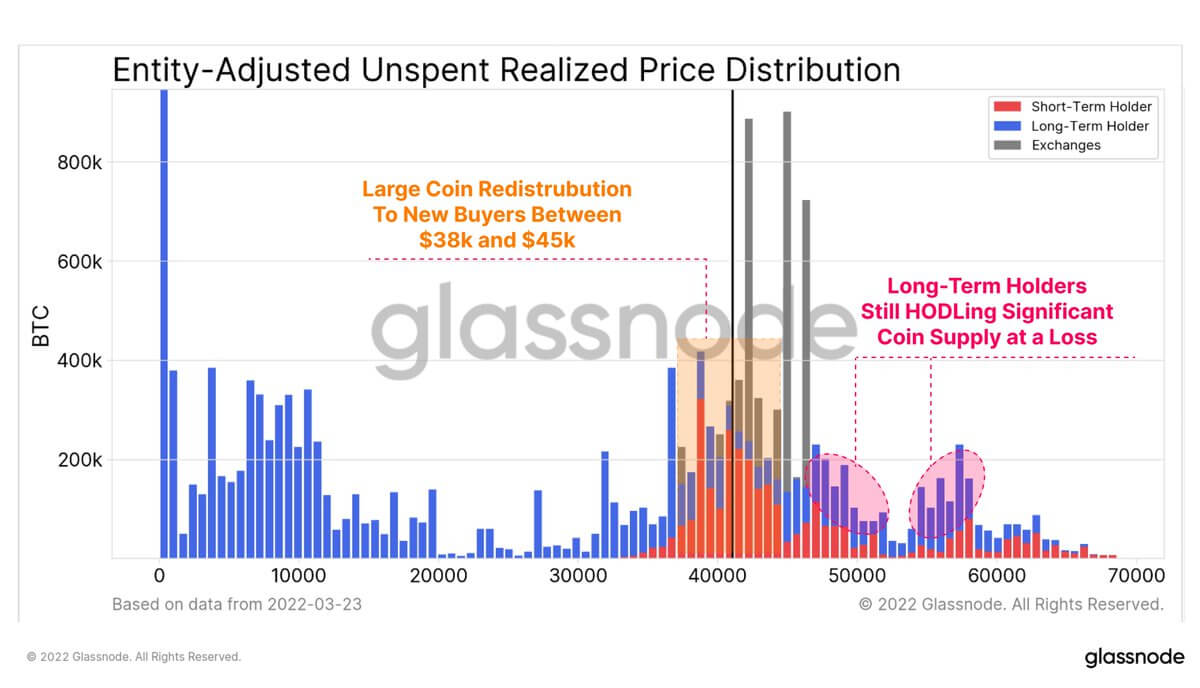 Bitcoin’s breaking out of the gloomy trend

Ethereum has seen a big surge in social discourse over the past weeks, especially regarding The Merge which is likely to occur in June. It’s hard to tell, though, whether the event is priced in. Some skeptics as to whether the proof-of-stake transition will work still remain. According to Ethereum core developers, however, all major hurdles are cleared and the merge is good to go after a period of final testing of the Kiln testnet.