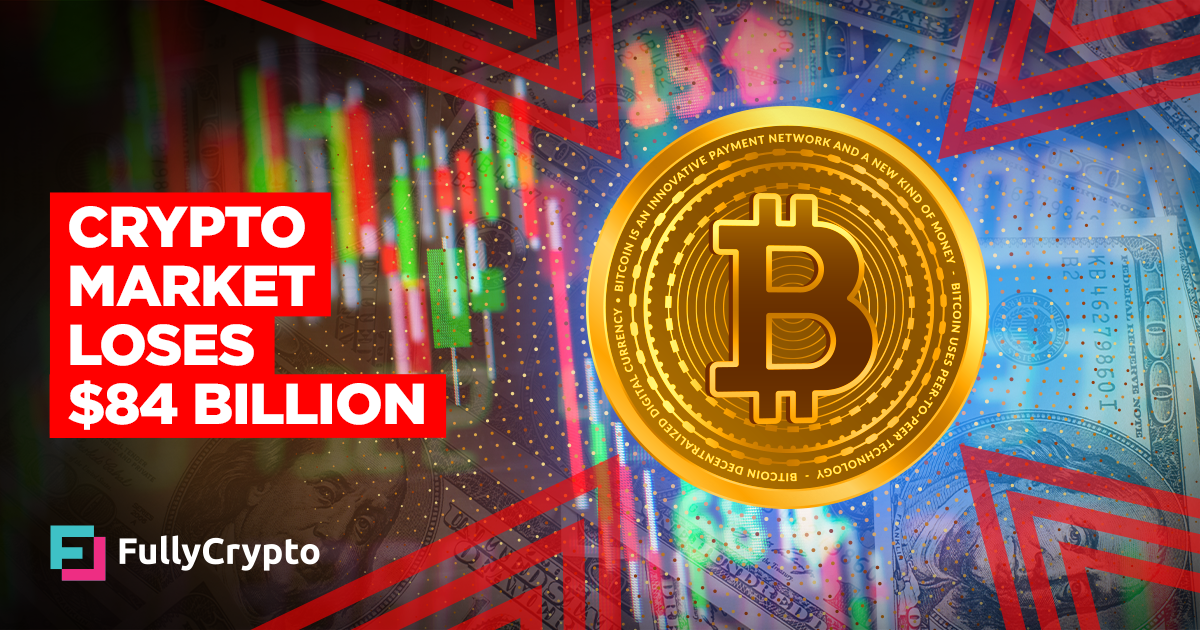 The crypto market has shed $84 billion in the last 24 hours as a strong dollar sent Bitcoin back towards its June lows. Even the ‘merge’ narrative wasn’t enough to save Ethereum which lost $190 to hit $1,500, while the U.S. Dollar Index took out a key resistance area, leaving it free to continue back to its post Dot-com crash highs.

The crypto market cap looked to have turned a prior area of resistance into support, but last night’s price drop sent it back down again and through this zone:

This leaves us in a similar situation to June and July, with the potential to go lower before a bounce…or worse:

To have any hope of a swift recovery, the market cap needs to get back above the area it has just fallen through.

Bitcoin on a Knife Edge

Bitcoin itself remains on something of a knife edge, resting on the support offered by the 2017/18 high:

Despite the merge narrative, Ethereum looks poised to join Bitcoin back at its prior highs:

The reason for this is simple – the strength of the dollar. Crypto Twitter has been calling for the top of the U.S. Dollar Index for some days now, ignoring the fact that the general economic environment hasn’t changed. The flight to the dollar that we often see in times of economic turmoil is playing out again, with the DXY taking out resistance after resistance on its relentless march upwards.

The DXY has been on the warpath since early 2021, and yesterday saw the last area of resistance taken out before the 2002 top:

It looks like nothing is going to stop the U.S. Dollar Index right now, and it makes sense for those who aren’t already in positions to remain on the sidelines in a dollar-denominated stablecoin and wait for it to hit 119-120. If it does, then it will almost certainly top out there, in which case crypto will enjoy a nice rebound. If it doesn’t stop there, then you just keep holding until it does.

By that point, crypto prices could be extremely attractive.