CoinCorner Offers Contactless BTC Payments, how will this shape its

CoinCorner Offers Contactless BTC Payments, how will this shape its Bitcoin (BTC) is the largest cryptocurrency in terms of market capitalization and overall dominance, despite the recent decreases in value that the cryptocurrency has experienced.

There are numerous updates as well as developments that are pushing mainstream crypto adoption, where the BTC cryptocurrency is at the forefront. This could lead to an increase in the value of the token.

CoinCorner’s Bolt Card is a contactless debit card that has no screen. The product marks the next step within the global adoption of Bitcoin due to the creation of circular economies that are powered by the Lightning Network.

Danny Scott, the CEO of CoinCorner, made an announcement on Twitter on May 18, 2022, regarding “The Bolt Card,” which will offer an offline Lightning contactless card powered by NFC, Bitcoin, Lightning, and LNURL.

Scott called the card a real-world innovation, with real-world products that will help real-world people in their everyday lives.

Additionally, Michael Saylor, the CEO of MicroStrategy, sees Bitcoin as the future of money and predicted that Bitcoin is “going into the millions” despite the recent cryptocurrency market sell-off. Saylor said: “We are in it for the long term.”

Both of these developments could contribute to the growth of Bitcoin (BTC)’s value. 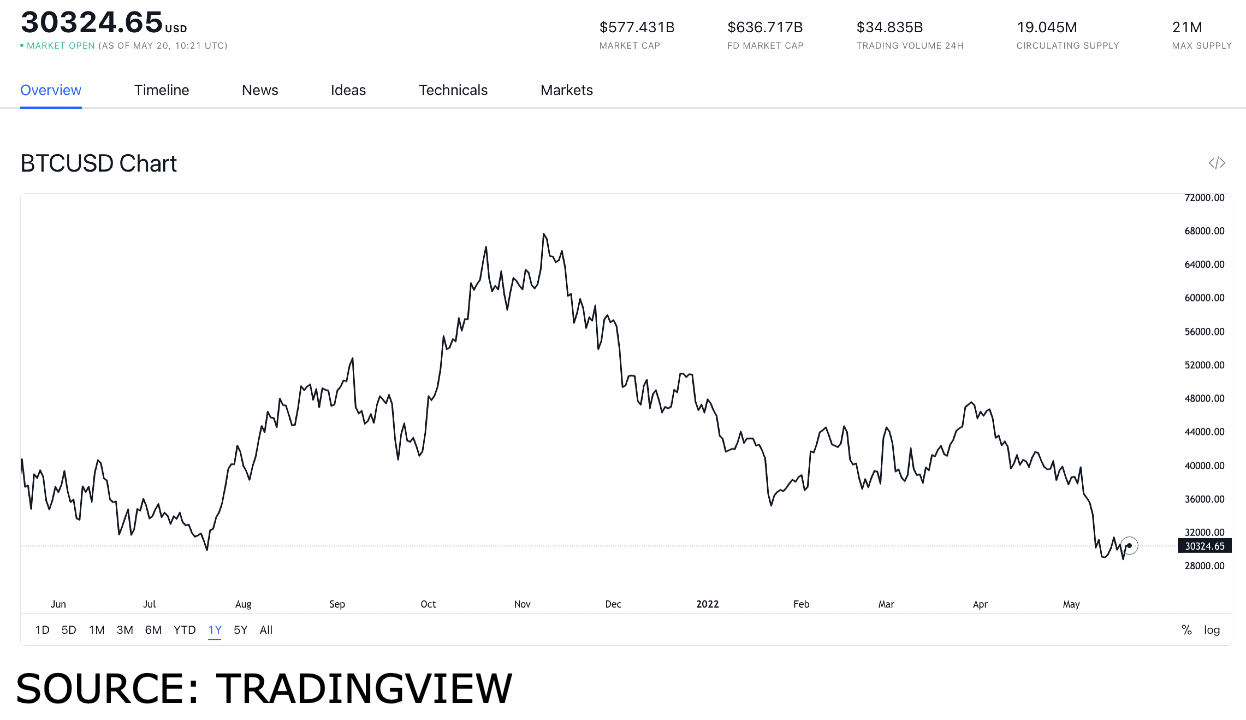 In order for us to see what kind of value point this is for the Bitcoin (BTC) cryptocurrency, we will be going over the token’s all-time high point of value, alongside its performance throughout the previous month.