Central African Republic aims to adopt bitcoin, can this boost

Central African Republic aims to adopt bitcoin, can this boost Bitcoin (BTC) has been seen as one of the largest cryptocurrencies on a global scale and, as such, aims to be adopted by as many real-world use-cases as possible.

One of the latest adoption suggestions recently has been made by the Central African Republic.

Bitcoin’s adoption as legal tender as a catalyst for growth

Central African Republic (CAR) President Faustin-Archange Touadéra is pressing ahead when it comes to the adoption of Bitcoin as legal tender.

This has occurred even despite the fact that Bitcoin (BTC) has been falling in value throughout the past month and the concerns raised by the International Monetary Fund (IMF), which has threatened to cut off FIAT lifelines in response to this move.

President Faustin-Archange Touadéra doubled down with the announcement of the “Sango” project.

This is a project that will build on the Bitcoin law through the development of an infrastructure that will sustain the crypto economy, which includes a government-backed wallet as well as a legal framework that incorporates digital identity and ownership protocols.

However, some critics have said that Bitcoin as legal tender in the Central African Republic will benefit the elite. 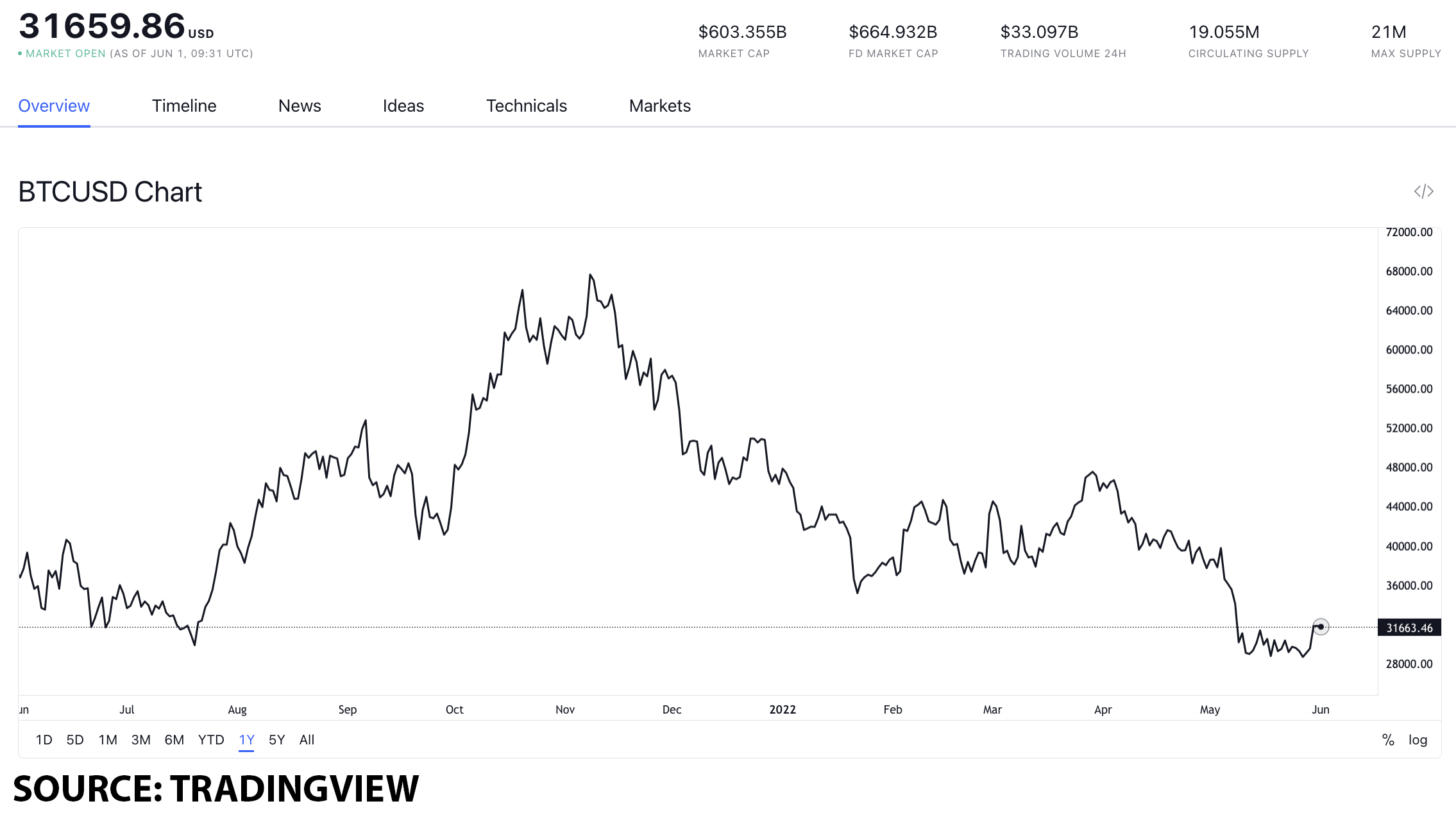 In order for us to see what kind of value point this is for BTC, we will be going over its all-time high point of value, as well as its performance throughout the previous month.

« ADA Price Forecast: Here Is Why Buy The Dip For » MicroStrategy’s shares plunge in massive rout of crypto-related stocks