Bitcoin’s variable price points and how it can move forward

Bitcoin's variable price points and how it can move forward Bitcoin (BTC) is the largest cryptocurrency in terms of market capitalization and, as such, has been the go-to cryptocurrency when it comes to market analysis.

Its impact on the overall crypto space cannot be understated, and if it goes up or down in value, typically, this is a trend that gets followed by the entire crypto space.

However, Bitcoin has recorded its longest bearish streak since 2015, and this has investors worried.

To see what all of this means, we will be going over some of the most recent updates regarding the Bitcoin (BTC) cryptocurrency.

FTX’s founder Sam Bankman-Fried said that Bitcoin does not have a future as a payments network. Specifically, the founder criticized the digital currency for its inefficiency, as well as high environmental costs.

A selloff in cryptocurrencies accelerated as bitcoin dropped under $30,000. Other tokens, such as Ether (ETH) and Avalanche (AVAX), were on the back foot as well.

S&P 050 Futures were in the red as well, after the Chinese figures pointed to economic contraction.

Alongside this, Bitcoin has recorded its longest bearish streak since early 2015. According to a tweet by Cryptowatch, Bitcoin is likely to print its seventh consecutive red weekly handle.

However, the anonymous market analyst, IncomeSharks, noted that Bitcoin might print a green handle due to the massive selloff volume which was recorded throughout the previous week. 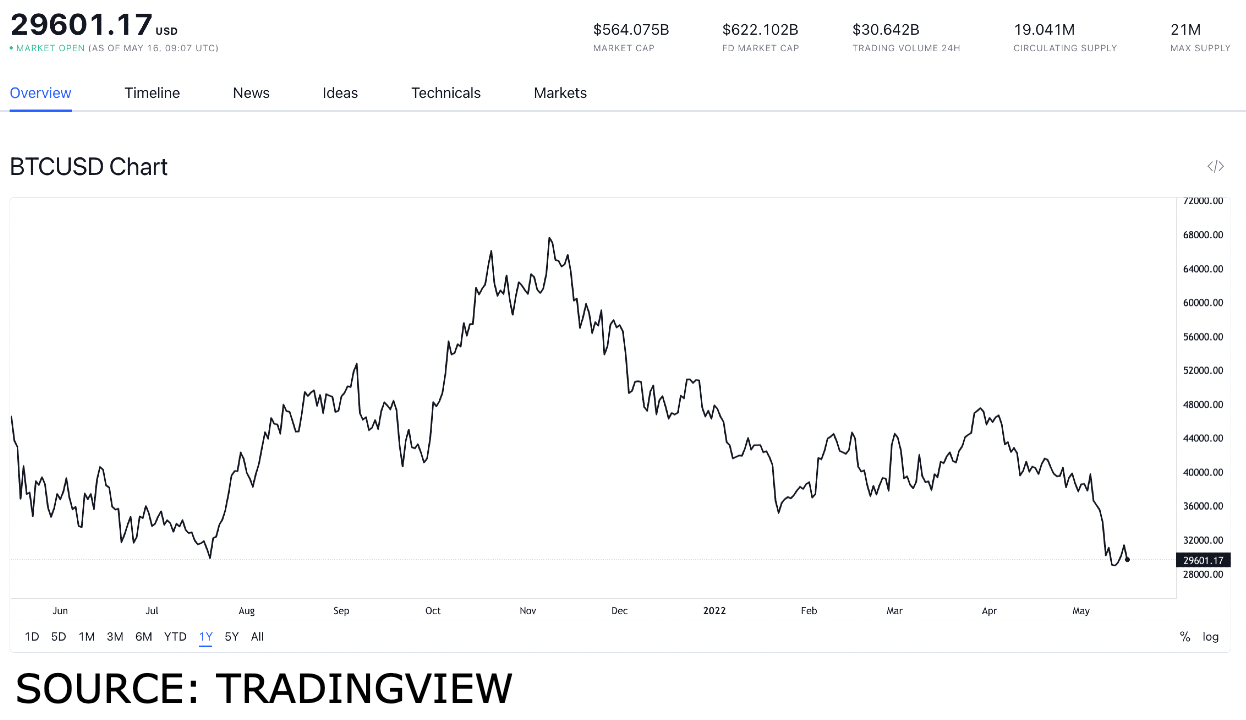 In order for us to truly see what this value point indicates for the value of the BTC cryptocurrency, as well as its future price movements, we will be going over its ATH point of value, alongside its performance throughout last month.

« Breaking News – LiteBit exchange was HACKED, here’s what you » XRP Price Primed to Plunge By Nearly 50% to Hit