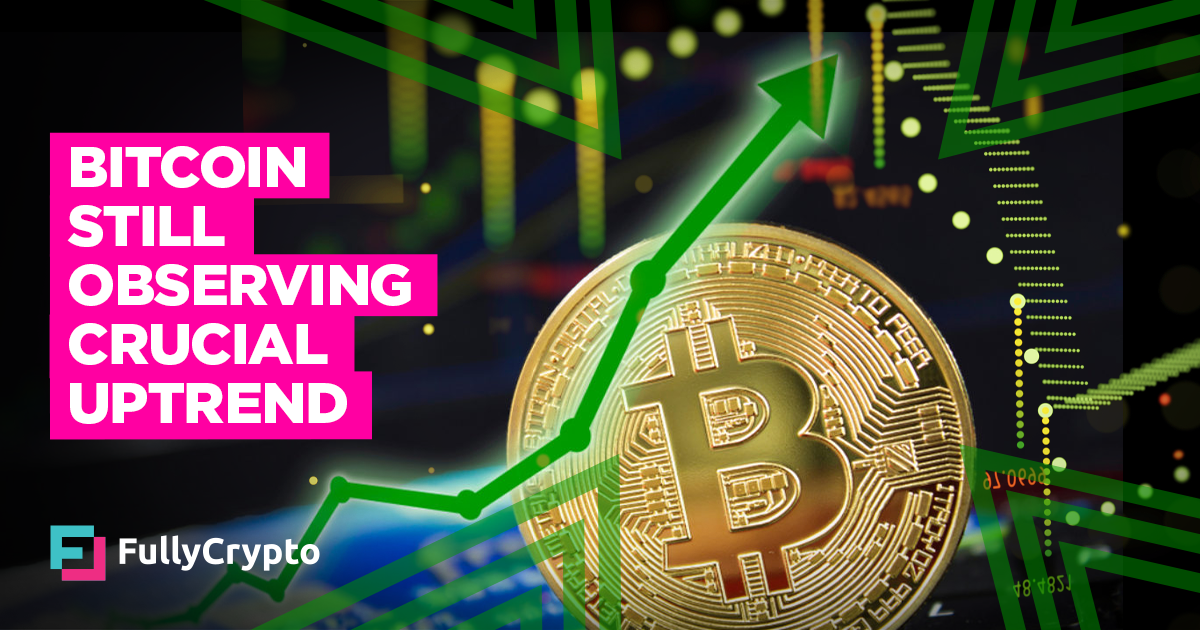 Bitcoin has enjoyed a healthy bounce today, a move that ensures it has remained on an uptrend that started back in July last year and suggests momentum is slowly building. With the geopolitical situation as it is, and support being accompanied by big buying days, is there hope that a new rally is on the horizon?

As we can see from the simplified chart below, Bitcoin is crawling along the bottom of a trendline that dates back to the $30,000 bottom set in July last year:

This shows that the anticipated dips have been frontrun on successive occasions, with the strength of this trendline reinforced by the fact that the dips in January and February coincided with the two biggest daily buy volume candles since July 2021.

This uptrend is indicative of a large trend which we can see here:

It’s clear then that there is real belief in the potential for Bitcoin to go higher this cycle and that it has been experiencing a mid-cycle correction rather than entering a bear market. This is borne out by recent data that showed that Bitcoin is shifting from a distribution phase to an accumulation phase, which typically suggests that a new cycle is beginning.

We can also see something interesting when we zoom in to the daily chart:

A wedge has been forming since January, which is in itself not bullish or bearish but simply denotes that price is about to do something. We can gauge from preceding price action whether the wedge might break up or down, and since Bitcoin has been making higher highs and higher lows since the July bounce last year, it is tempting to think that a breakout to the upside is more likely than continuation, especially given the volume coming in on the dips.

Fundamentally, Bitcoin has never been in a better place, with geopolitical uncertainty making its use case as an apolitical asset all the more tempting to hold. However, until it can crack $46,000 and hold it as support, there is every indication that Bitconi could remain rangebound as it has been for most of this year.