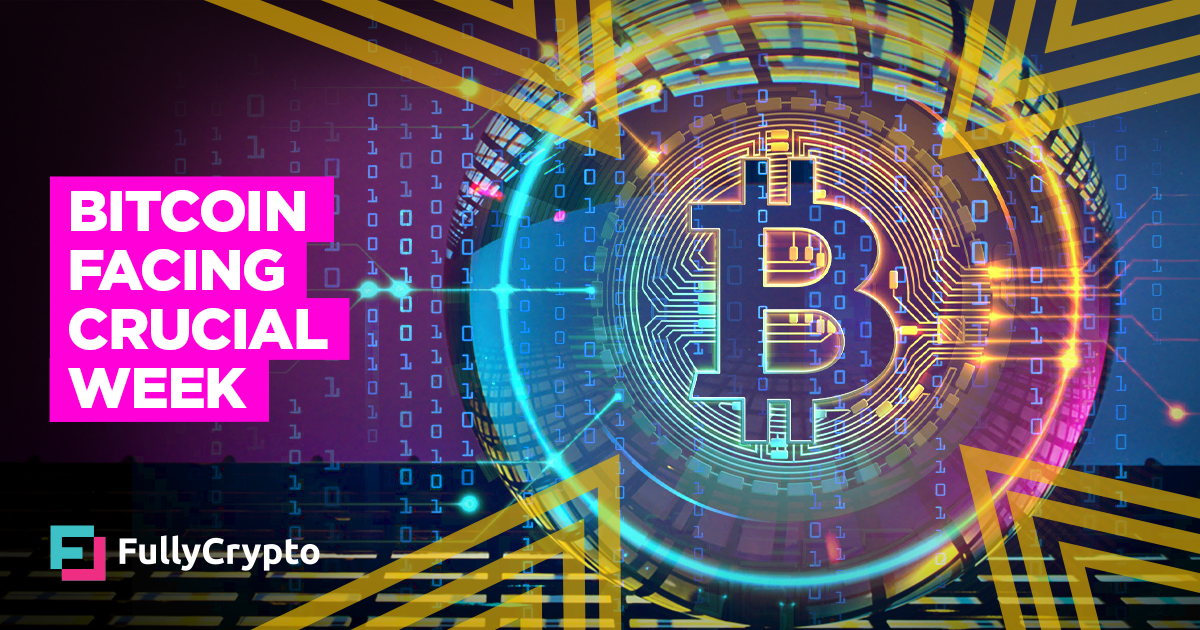 Bitcoin is facing a huge week price-wise as a double top at the $45,000 level has left it in danger of negating the higher high and higher low it looked to have been forming. With geopolitical factors negatively affecting the stock market and the FOMC meeting next month looming, everything is lining up for a difficult time for Bitcoin bulls.

Bitcoin enjoyed a nice bounce from $33,000 to $45,000 in late January-early February, but since then the response has been less than encouraging, falling back to $38,000 and losing the 50-day moving average support in the process:

When we factor in the areas of key support and resistance we see that the price action has mirrored these regions perfectly:

As we can clearly see from this chart, the $45,000 level has acted as stubborn resistance twice. This is known as a double top and might spell trouble for Bitcoin, especially with the fundamental narrative being pretty toxic right now.

In order for the recovery from $33,000 to continue, Bitcoin needs to avoid closing underneath the support level it’s currently resting on. Doing so would bring the next level of support into play, which is the $30,000 level at which it bounced so spectacularly last year. However, given Bitcoin has already bounced hugely from there once there is less chance of it happening again to the same extent, and falling back there would undermine any confidence gained from the recent bounce from $38,000.

With the sentiment currently negative to neutral, the only way to get it into positive territory is for the price to get back above $45,000-$46,000 and close there on a weekly timeframe – only then can we really start talking about the $50,000 range. With the current geopolitical situation however, plus the FOMC meeting next month, the bears are in control both narratively and price wise for now.