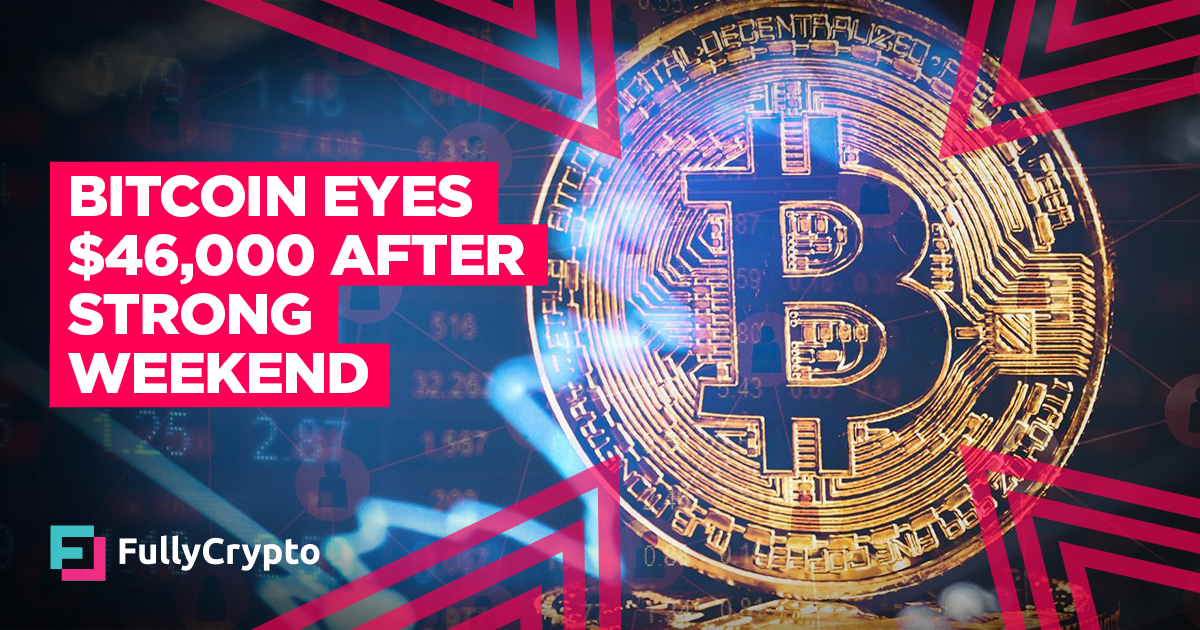 Bitcoin enjoyed a green weekend which normally means a bloody Monday. With a key level of $40,000 surpassed, Bitcoin has re-entered a channel it lost in December, and bulls will be hoping it can remain there this time. We run through the key levels to watch next and outline the bullish and bearish scenarios.

Since dropping to $33,000 in late January, Bitcoin has been enjoying a reversal that has seen it re-enter the channel between $40,000 and $46,000 that it occupied towards the end of last year:

The past few days have seen two significant milestones – conclusively breaking the downtrend that started when it topped out at $69,000 in November last year and (so far) flipping $41,000 and turning it into support again:

The next level of interest is the top of the channel at $46,000, which is also the yearly open, and which will provide stiff resistance. It is probable that this resistance will hold at the first time of asking, with the reaction after this being a strong indicator of just how bullish the market is. If the market is to remain bullish for the next few weeks, this scenario could play out:

However, if there is not enough demand to get over the $46,000 level then the following bearish scenario could play out:

Given just how much Bitcoin has been pushed down since November, such a relief rally was anticipated. This could well give Bitcoin enough impetus to break above $46,000 and use it as support again, but by the time that happens it will likely be March, when it is anticipated that the Federal Reserve will start to tighten its belt with regard to spending.

Any confirmation of quantitative tightening or interest rate rises will be bad news for Bitcoin and could signal the end of this short recovery.