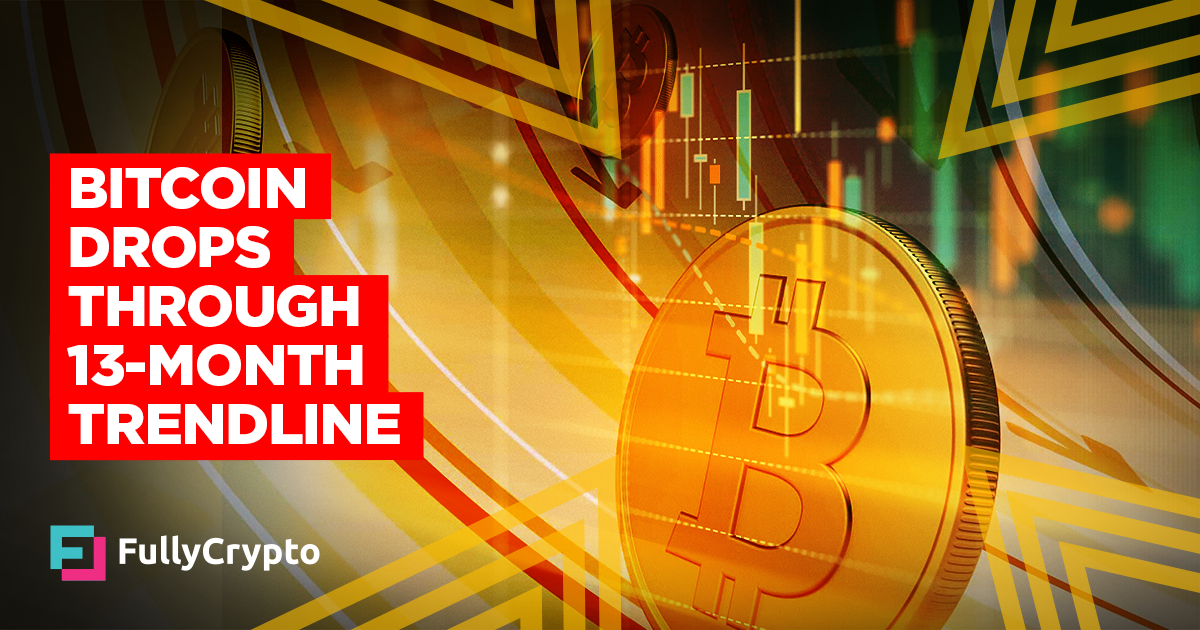 Bitcoin has fallen through a trendline that has its roots right back at the start of the major bull run in November following its inability to breach $45,000. This drop, which has been followed by 13 months worth of support now acting as resistance, is a further sign that Bitcoin is in a downward trajectory, although there are other areas of support that might backup a theory that the global trend is still up.

The trendline in question dates back to when Bitcoin breached its prior high of $20,000 at the end of November 2020, where Bitcoin clustered for a while before swiftly doubling in price and going on to hit $64,000:

The 50% retracement which reversed at $30,000 in July fell in line with the trend established back in November, which has again been tested in the current drawdown. On this occasion however, not only has it failed to hold but, in a more worrying turn of events, it has also rejected an attempt to reclaim it, suggesting that a move lower is now in play:

While this is an undeniably negative shift, there are other key trendlines that still remain intact and offer hope. For example, a similar trendline on a different exchange shows that the support hasn’t yet broken:

While this Binance chart isn’t exactly cheering, it does show that the trendline remains in place (for now) and that we could see a bounce from here as we did in July. However, the reaction from the first retest earlier this month does not bode well and the Bitcoin narrative, backed up by the likely actions of the Federal Reserve in clawing back some of the money it injected into the system in 2020, suggests that worse is to come.

There is hope however when we look to a much longer trendline:

This huge upward trendline, which dates back to 2015, has always held as support when tested, barring the aberration of the March 2020 collapse. Assuming that was an outlying event, we are approaching the first test of this line as support since February 2020, with some $5,000 grace until it gets to that point. This means that Bitcoin can drop to the mid $30,000s and still be considered in a long term bull market, as long as that holds.

If Bitcoin falls through this support line however, it will once again act as a barrier to upward progressions as we saw in the aftermath of the March 2020 crash, where it took eight months to regain bullish momentum.