Bitcoin Breaks Key Five and a Half Year Trendline

Bitcoin Breaks Key Five and a Half Year Trendline 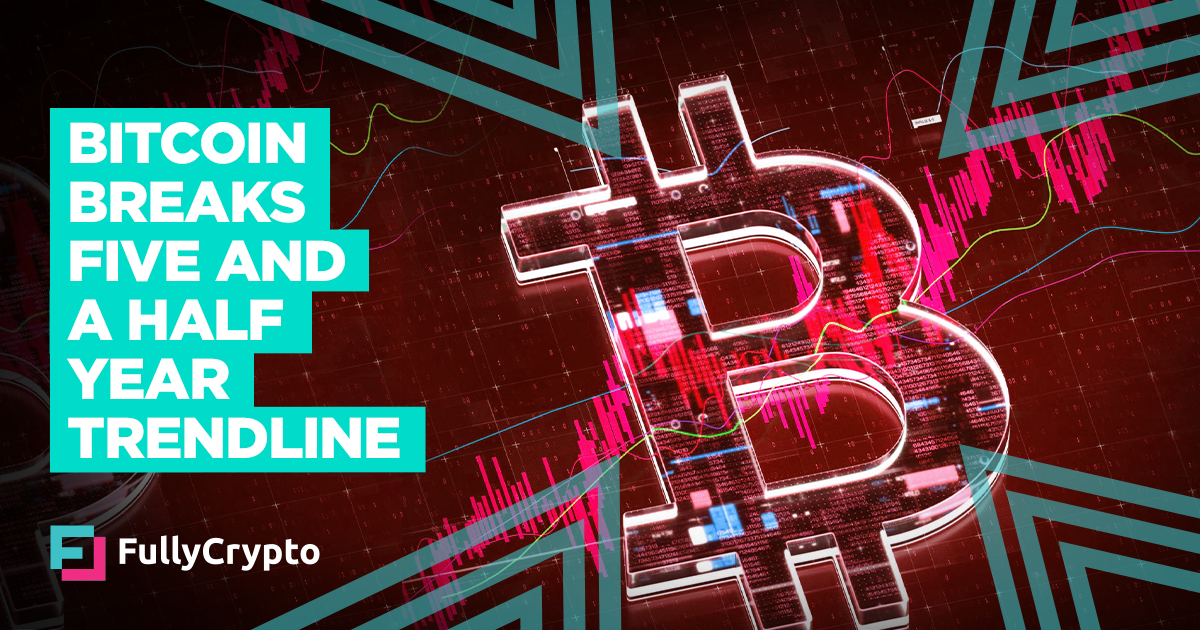 Bitcoin has broken an important weekly trendline stretching back to September 2015 in a sign that the current market cycle is well and truly over. The trendline, which we have covered previously, has its roots in the final flush of the 2014-2015 bear market and now, after almost five and a half years (barring the March 2020 black swan collapse), it has been broken.

The trendline in question has reinforced areas of support and resistance at crucial times in Bitcoin’s history:

However, as 2018-2019 and 2020 in particular showed, when that line is tested or lost it can take months for the market to be confident enough to send it back up, which is something we should now be prepared for.

All may not be lost however, as we can find some signs of support in the charts. For example, Bitcoin is still well within the uptrend which began during the late 2018 crash:

This chart suggests that we should find support around the $30,000 level and, if history repeats, crawl along the support line while accumulation takes place. However, if that trendline breaks then it really could be Goblin Town for the foreseeable future.

There is also some hope that a short term bounce could be in play looking at a chart dating back to early 2021:

Only a fantasist would think that Bitcoin is on the verge of a bounce to $70,000 of course, but it does show that a relief bounce should be taking place here, probably before more downside.

At times like this we also need to consider the narrative around Bitcoin. As we have said recently, there is much to suggest that the future is bleak – central bank policies are on the verge of swinging back to favour bonds and fiat-based investments, stock markets are looking very heavy, and the news cycle is still too noisy regarding Bitcoin.

Using a combination of charts like the ones above while keeping an ear to ground regarding Bitcoin news can help you tell when the bottom is in.