Korea Blockchain Week (KBW) 2022 wrapped up its two-day mainstage events this evening, which again saw a number of influential speakers take to the podium including Janine Yorio of Everyrealm, Yat Siu of Animoca Brands and Sky Mavis’ Jeffrey Zirlin.

The majority of the discussions on the second day focused on the future of the Metaverse, and the strategies that Web3 companies are taking to grow the industry. Given that the event was based in Korea, many were interested in the many exciting Web3 projects coming out of the Korean blockchain scene. The two-day event turned in a very large attendance despite Seoul experiencing some torrential rain over the last few days.

But, it’s not quite over yet for KBW 2022 attendees, who will continue networking throughout the night and the rest of the week over countless side events. From 7:00 pm KST, KBW and Upclub will be hosting an exclusive afterparty for KBW attendees at People The Terras in Gangnam-gu in Seoul.

Later in the night, the “KBW Official After After Party” will kick off at Club Oriental Jack in Seoul, with the festivities running from 11:00 pm KST to 6:00 am KST for the brave.

For those that couldn’t make it to Seoul for KBW 2022, the Cointelegraph team on the ground in Korea has highlighted some of the key discussions from the second day of the conference.

Everyrealm CEO Janine Yorio believes that Steven Spielberg’s film Ready Player One presents a myriad of misconceptions about the Metaverse, mainly due to the fact that “the protagonist is wearing a VR headset.” 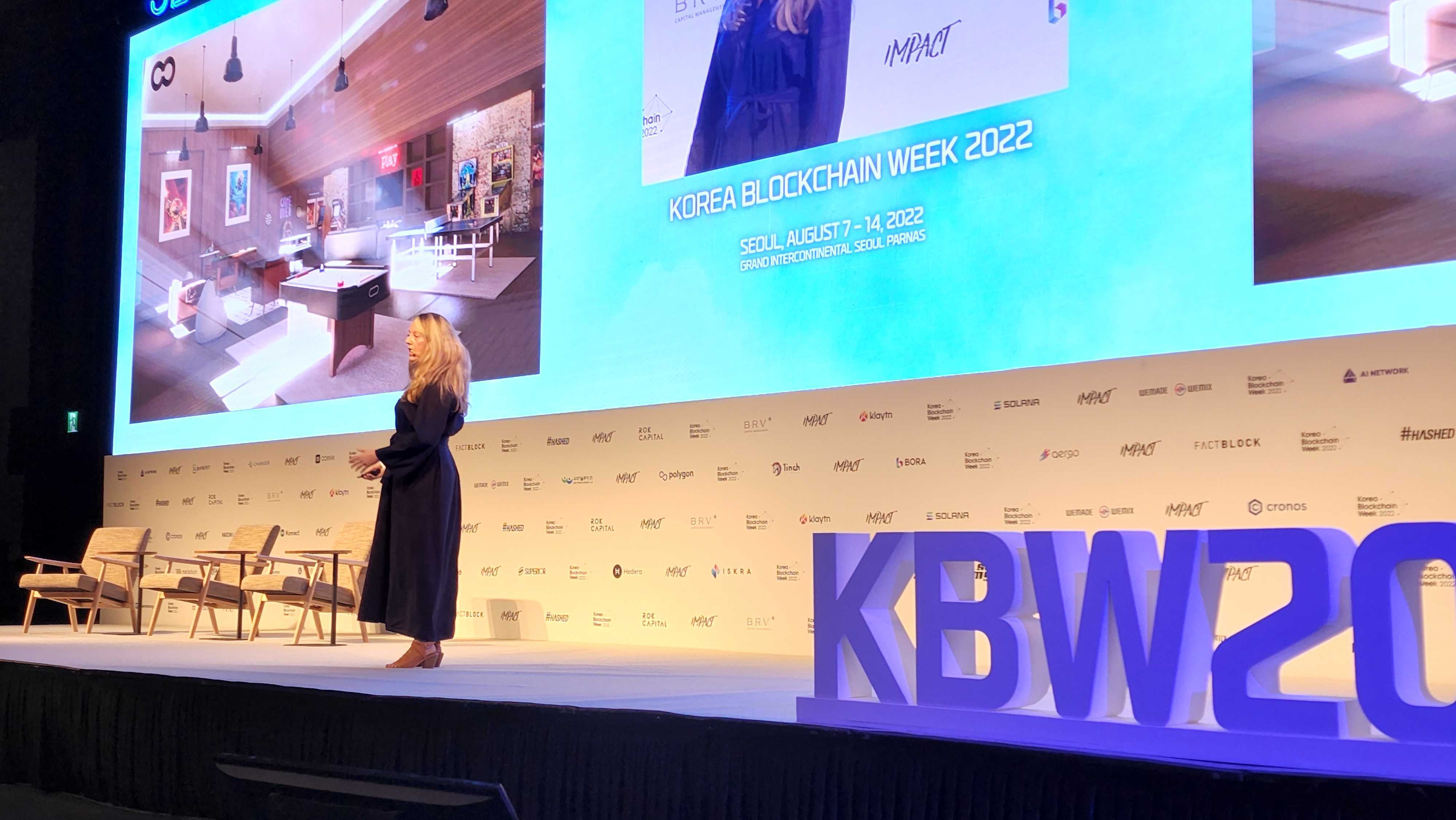 In the presentation, Yorio highlighted that because humans like to “interact with technologically” which is historically 18 inches from our faces, VR headsets can present a number of adoption challenges.

Related: Experts clash on where virtual reality sits in the Metaverse

Co-founder of Hong Kong-based venture firm Animoca Brands Yat Siu believes that on-chain digital property rights are one of the main aspects of blockchain technology that will drive a more decentralized society.

Siu believes Web2 companies have had their day with “controlling our data,” and now blockchain-based applications can provide digital ownership to content creators themselves. 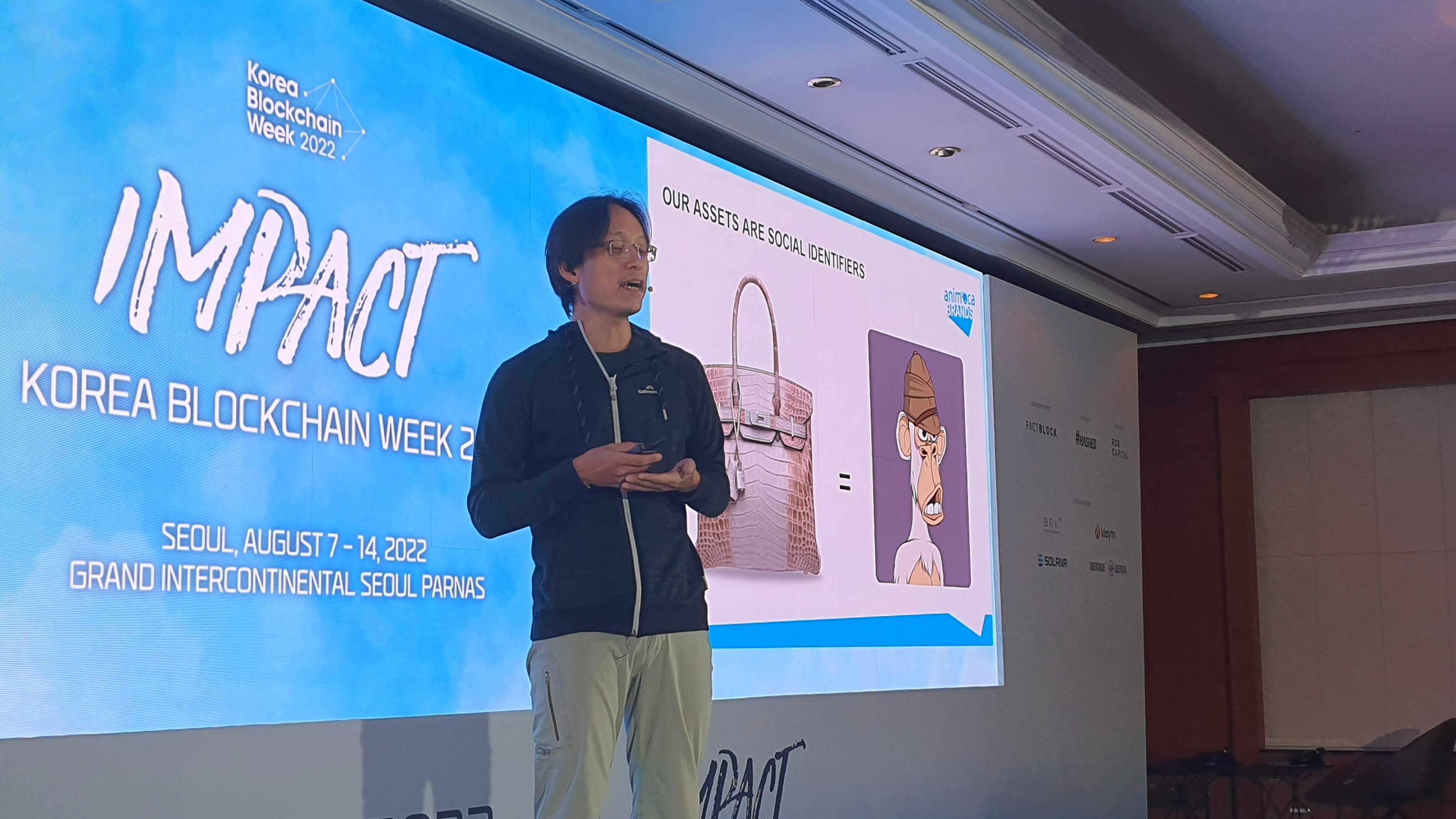 Axie Infinity to “double-down” on the Korean market

Sky Mavis, the firm behind play-to-earn (P2E) heavyweight Axie Infinity outlined intentions to “double down” in South Korea and ramp up adoption of the game.

Sky Mavis co-founder and growth lead Jeffrey Zirlin spoke to Cointelegraph and noted that despite the domestic ban on P2E games still being in place, the “Korean market is one of the most important gaming markets in the world, and we have tons of players in South Korea.”

Zirlin added that the company is currently looking at ways to tailor the Axie Infinity game to its cohort of Korean gamers:

“I think you know, we want to double down. We want to localize for example, Koreans don’t speak much English, right? So there are actually a lot of barriers to actually getting the game into the hands of Korean players.”

20 million JavaScript devs can now build applications on NEAR

During KBW 2022, Polosukhin emphasized that the move will open up the niche field of blockchain development to a substantially broader audience, such as students looking to dip their toes into the blockchain and people in the commercial sector looking to accelerate their projects.

Related: How to get a job in the Metaverse and Web3

“There’s about 20 million JavaScript developers in the world. Probably like every developer one way or another wrote JavaScript in their life. And what we allow you to do is to write smart contracts in JavaScript,” said Polosukhin.