Two committees of the Hawaii State Legislature — Commerce and Consumer Protection (CPN) and Ways and Means (WAM) — unanimously approved the launch of a specialized task force to explore the use and regulation of the crypto ecosystem.

In a letter addressed to the President of the Hawaii State Senate, Ron Kouchi, legislative members Donovan Dela Cruz and Roz Baker wrote in support of creating a “Blockchain and Cryptocurrency Task Force” that was first proposed in bill SB2695.

SB2695, titled “A BILL FOR AN ACT RELATING TO CRYPTOCURRENCY,” sought to establish a task force within the Department of Budget and Finance to review and compile country-wide data on crypto and blockchain. The task force would submit findings and potential legislation back to the State Capitol — which involves providing a plan to expand blockchain adoption in both the private and public sectors. 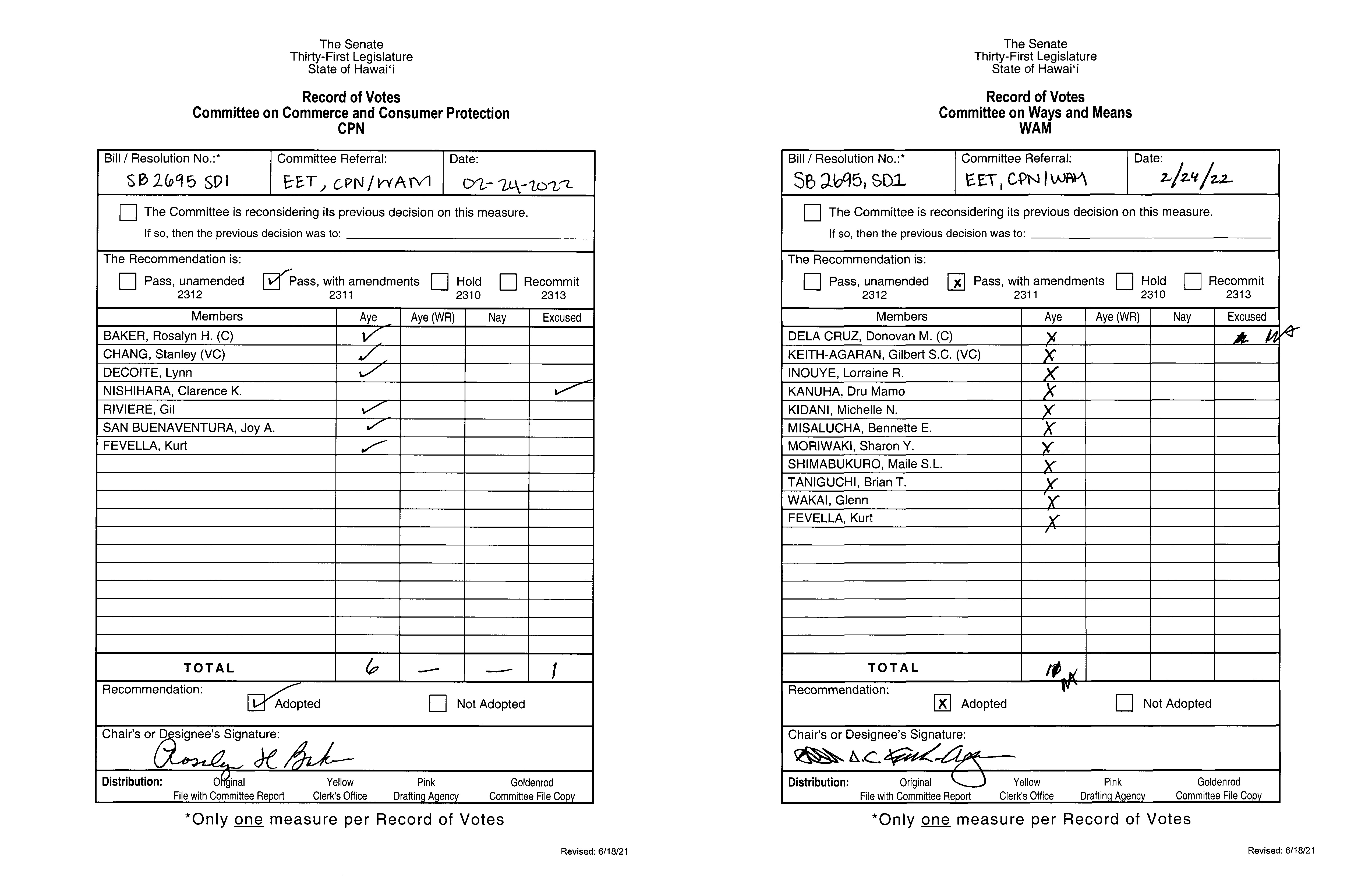 Record of votes from Committees on CPN and WAM. Source: Hawaii State Legislature

Citing the vast potential for both the use and regulation of blockchain technology and cryptocurrency, the letter read:

“This measure establishes a task force to create a master plan to explore the use and regulation of blockchain and cryptocurrency.”

Once signed into law, the blockchain and cryptocurrency task force will need to submit a report of its findings and recommendations at least twenty days before convening the regular session of 2023.

The task force will consist of 11 members including representatives of a blockchain payments solution company, a cryptocurrency exchange and a cryptocurrency association, who shall be appointed by the governor.

On Wednesday, Brazil’s Senate passed its first crypto-related bill in a plenary session, calling for the creation of a regulatory framework.

As Cointelegraph recently reported, the bill awaits approval by the Chamber of Deputies before it can be signed into law by President Jair Bolsonaro. Speaking on the development, Senate President Rodrigo Pacheco said:

“I want to congratulate the rapporteur of the project, Senator Irajá, for the approval, here in the Plenary of the Senate, for this important bill.”

The bill is expected to be passed into law by the end of 2022.