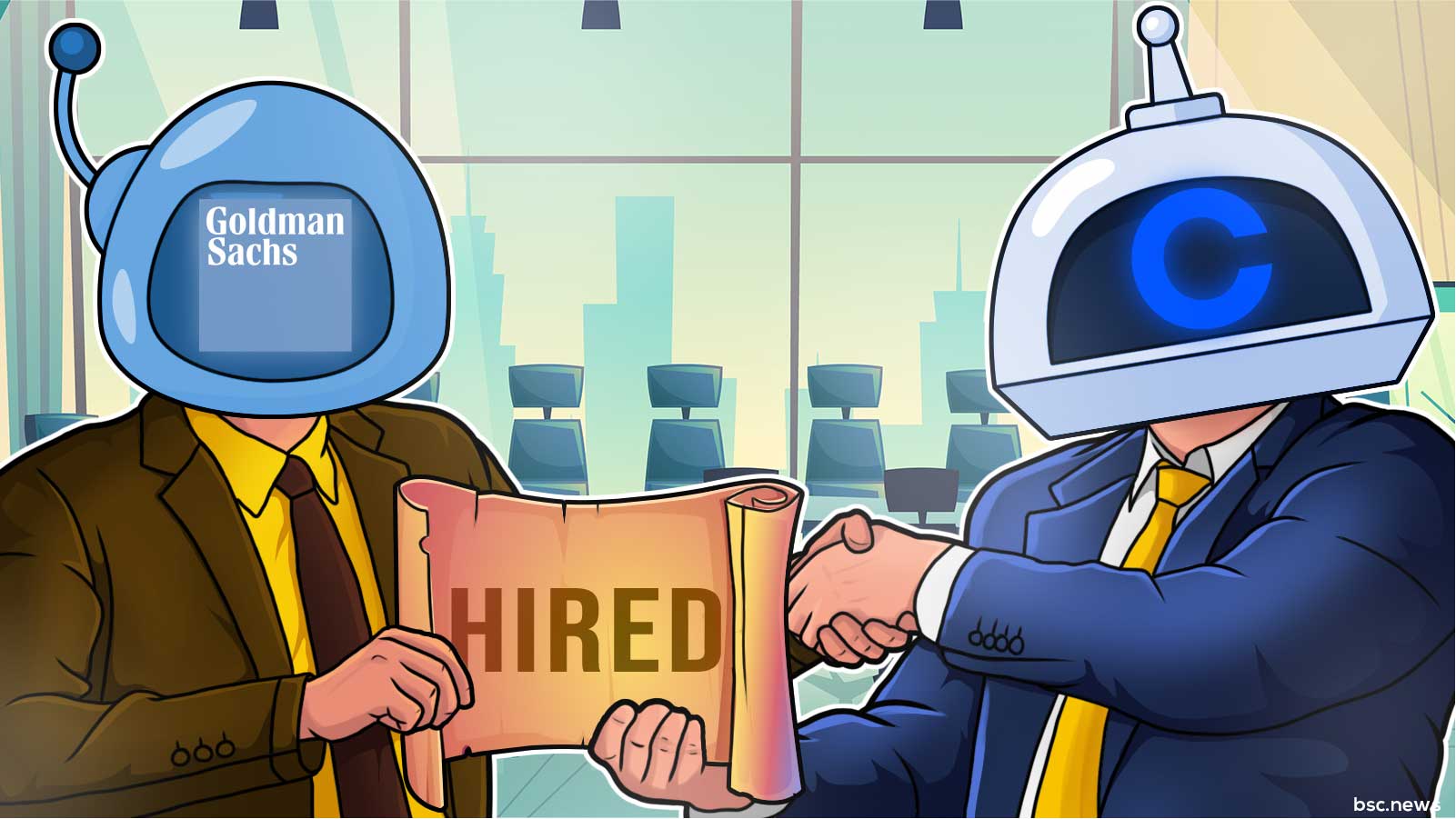 Roger Bartlett, a Goldman Sachs executive, announced his departure from the investment bank in a LinkedIn post to join Coinbase Global.

Bartlett will serve as the global head of operations for the major U.S. cryptocurrency exchange.

The former Goldman Sachs executive is the latest high-ranking veteran to bid adios to Wall Street in favor of the blockchain and cryptocurrency field.

“The moment has come to embrace the crypto economy… the time has come for me to pursue my love of enabling the next generation crypto economy,” Bartlett said, as quoted by CoinTelegraph.

Coinbase is the largest cryptocurrency exchange in the United States. It is the world’s second largest.

Over the last year, the crypto exchange behemoth has significantly increased its manpower. Between 2020 and 2021, the company’s employee base tripled, completing the year with 3,730 workforce.

Meanwhile, Bitcoin and other cryptocurrencies retreated late Friday, indicating that investors are more risk-averse and expect cryptocurrency prices to plummet.

The statement came shortly after Coinbase published its fourth-quarter financial report for 2021, in which the firm stated that it aimed to hire 6,000 new employees this year, with an emphasis on customer support and reliability.

Coinbase had 3,730 full-time employees as of Dec. 31, over three times the number in 2020, according to a letter to shareholders posted on Friday.

“I’d like to take a minute to express my gratitude to all of the incredible people with whom I’ve worked at Goldman Sachs,” Barttlett said, adding that it’s been “a true joy to work alongside you… I’ve learned and matured more than I ever imagined possible.”

Earlier this year, the cryptocurrency exchange hired a former Securities and Exchange Commission consultant to manage its public policy division.

The New York City-headquartered Goldman Sachs currently has more than $2 trillion worth of assets under management (AUM).

The stock of Coinbase is currently trading in the $174 area. At the time of writing, it is down 5% since the market opened Friday.

According to some, the controversial investment bank is to blame for the 2008 financial meltdown.

Satoshi Nakamoto was motivated to invent Bitcoin since the collapse.