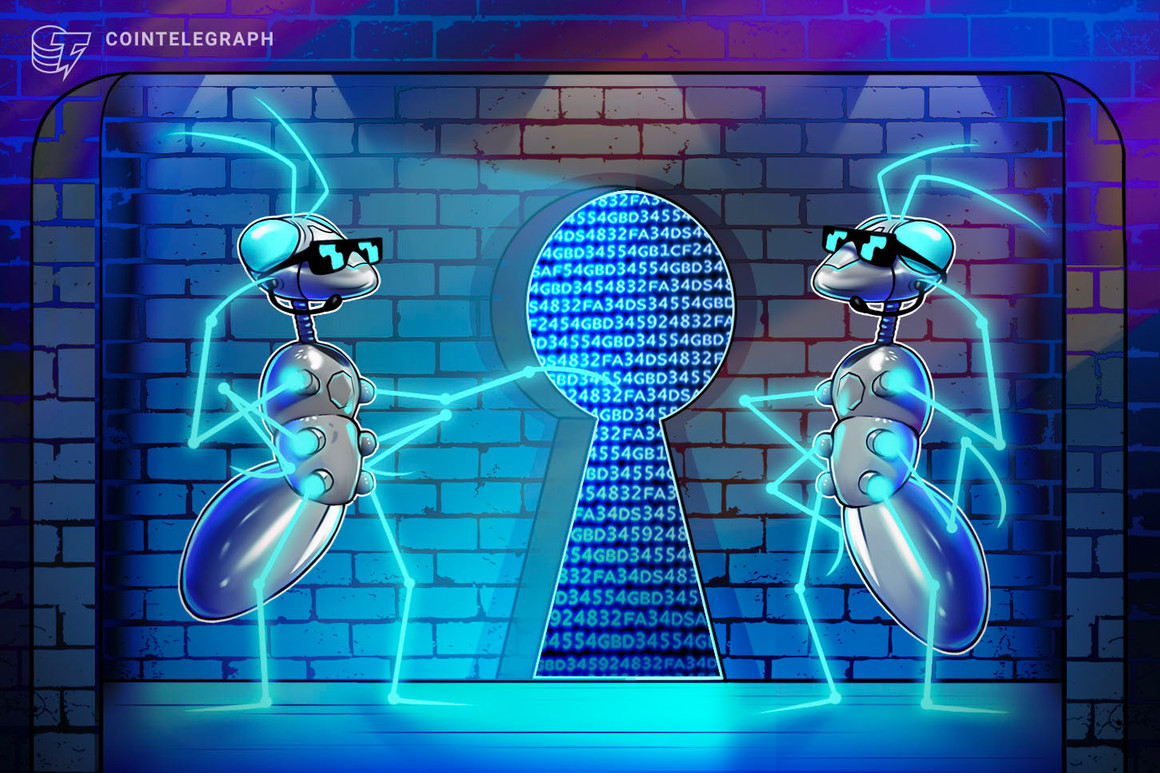 The world’s energy market is rapidly evolving, moving from hydrocarbon plants to a future centered around clean energy enabled by wind and solar power. As such, today’s energy market is shifting to an increasingly decentralized, real-time model based on distributed energy resources (DERs) including battery energy storage systems, solar arrays, natural gas generators and more.

Recent findings from Allied Market Research show that the global distributed energy generation market size was valued at $246.4 billion in 2020, yet this number is predicted to reach $919.6 billion by 2030.

Given today’s advancing energy market, Jesse Morris, CEO of Energy Web — a nonprofit that develops operating systems for decentralized energy grids — told Cointelegraph that grid operators around the world are moving to systems in which customer-owned assets will be used to balance energy grids. “Technology that was previously located within physical substations including monitoring equipment is now spread across the distribution network as the number of DERs increases,” said Morris. While this shift is innovative, Morris pointed out that regulated companies remain unaware of how to manage a decentralized system.

With this problem in mind, Morris explained that Energy Web recently formed a partnership with Stedin, a Dutch distribution system operator (DSO) that caters to the province of South Holland and in parts of North Holland and Friesland to use a blockchain solution for managing distributed energy assets. According to Morris, Energy Web’s solution allows for energy assets to communicate directly with Stedin’s IT systems:

“Stedin is using Energy Web’s tech stack and Web3 technologies to establish a digital relationship with customer-owned assets, along with creating a secure, asset management system for their own controlled assets. This is the first instance I’m aware of where an enterprise is using Web3 technology to manage their own physical infrastructure and assets.”

Specifically speaking, Morris explained that Energy Web’s blockchain network is being combined with decentralized identifiers (DIDs) to provide digital identities to Stedin’s internal and customer-facing energy assets. “The joint Energy Web-Stedin solution currently comprises a management system which assigns each distribution asset a secure digital identity, or DID, anchored on the pre-existing SIM card in each asset,” said Morris. Once this has been enabled, Morris noted that Stedin is able to send cryptographically signed information and control signals or commands to and from an asset. “This creates a decentralized managed system by ensuring that each asset operates as an independent point of encrypted security,” he remarked.

Shedding light on this, Arjen Jongepier, innovation head at Stedin, told Cointelegraph that Stedin was seeking a general asset management solution given the evolving energy market:

“In this case, we required supplier agnostic registration of Internet of Things (IoT) assets via our SIM cards. We anticipate a number of benefits from this, including easier and fewer-step installation of IoT assets, increased data reliability and, in the near future, local prosumer interaction, which could involve home energy storage systems and EVs being able to sell energy back to the grid.”

While this use case speaks volumes about how the future of the energy market may take shape, the application of DIDs ultimately enables better cybersecurity for grid operators. For instance, when compared with traditional Web1 or Web2 approaches, Morris explained that most grid operators use a centralized database to manually enter information about sensors or hardware located on utilities within their network. Yet, such an approach could allow for grid operators to collect user data and even gain control of those sensors. “This level of centralization is a cybersecurity risk, which is why our solution with Stedin also proves to be a cybersecurity application,” Morris remarked.

Jongepier added that Stedin was indeed looking to raise the bar on its cybersecurity. “Blockchain is effective for this because it provides the ground rules for utilizing decentralized identifiers for Stedin’s IoT assets, serving as a solution for raising the bar on security.” This is an important point, as Morris shared that the primary difference between Stedin’s application of Energy Web’s solution versus previous implementations is that it demonstrates enhanced cybersecurity using DIDs.

Sam Curren, decentralized identity architect at Indicio — an organization that works with governments and businesses to integrate DIDs in their systems — told Cointelegraph that the purpose of a DID is to provide a unique identifier in which ownership or control can only be proven by the possession of a private key.

In the case of Stedin, Morris explained that Energy Web is responsible for private key storage and making sure that user administration is fully decentralized. Given this level of decentralization, Curren noted that applying DIDs for energy assets is more secure than storing information in a database where data can be easily accessed by administrators and potentially manipulated.

Using DIDs for energy asset management and security also demonstrates the notion that current energy grids are undergoing an ownership question similar to what the internet is facing with the rise of Web3. For instance, Morris pointed out that grid operators can take a decentralized open-source approach to energy asset management or allow large companies like Google to manage their infrastructure in the future. 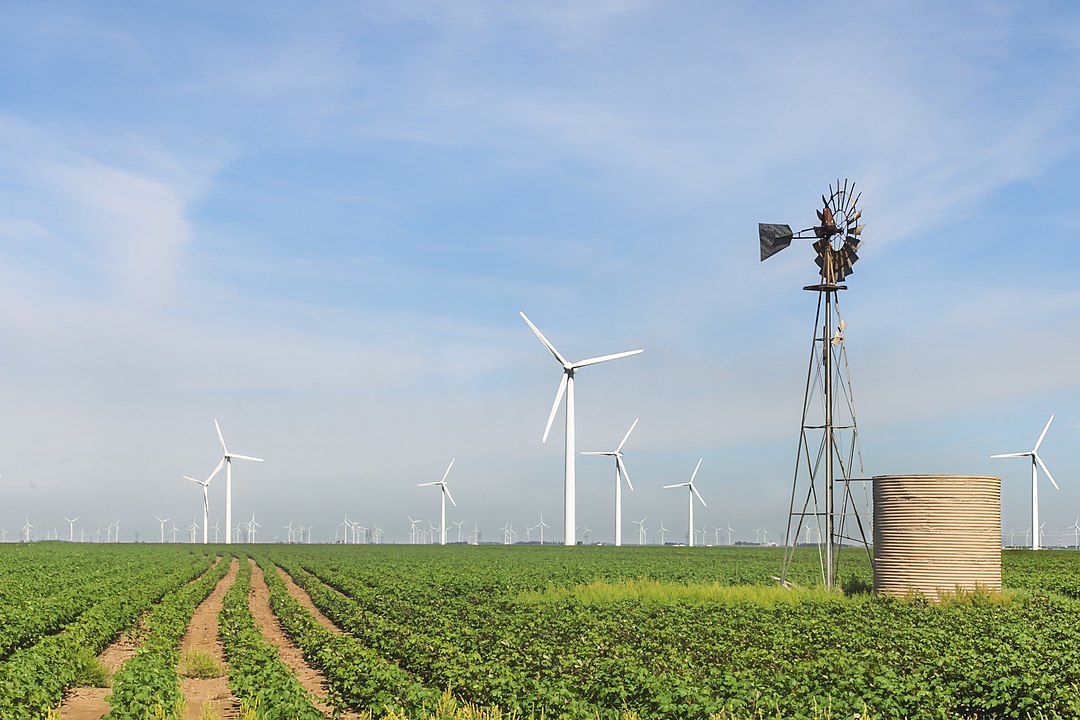 Given that there are other options available when it comes to DER management, this may lead some to wonder if large grid operators will actually want to pursue a decentralized approach. For instance, Paul Brody, global blockchain lead at EY, told Cointelegraph that where centralized grid operators already exist, the demand for decentralized systems may not be high:

“Regulators will not be comfortable with allowing people to cherry-pick their access to the grid or allowing the grid to hollow out, as these systems are cheapest for everyone when everyone uses them. We’re already seeing issues like this affecting parts of the U.S. with very high solar panel penetration. While some trials are happening in mature markets, it is likely that the biggest demand will come from parts of the world without grids or reliable grids.”

Jongepier further shared that Stedin had to go through a learning cycle to understand blockchain, its operations and its use case in order for Energy Web’s solution to be implemented:

“The IoT team actually challenged the idea of using blockchain as opposed to progressing with more common, centralized solutions. With any new technology, it’s important to continually challenge it against the current solution and decide where it can most effectively be implemented.”

Yet, in terms of effectiveness, Jongepier explained that Stedin’s technology team found that decentralized solutions enabled by blockchain are the most suitable for prosumer interaction in the future. It’s important to note, though, that the joint Energy Web-Stedin solution is currently undergoing rigorous testing within a sandbox environment. “It is expected that this sandbox will run for the duration of Q1 before the solution goes live later this year,” said Morris.

In the future, Morris hopes that this specific project can be adapted for other energy grids in partnership with national DSOs to improve asset security and management. But, Morris is aware that this may take years to play out, given regulatory challenges, along with blockchain’s misunderstood reputation with enterprises.

“People often think that all blockchains inherently have very high energy consumption, when that’s not true, along with associations with crypto-price volatilities negatively affecting the image of blockchain and token stability,” mentioned Jongepier. Morris added that solutions such as this one only make sense if prosumer energy assets like EVs and photovoltaics are able to participate in energy markets. “In many geographies across the world, they are not, so until this regulatory challenge is solved, our technology stack will remain limited.”