Crypto noobs: What to tell newcomer friends about digital currency 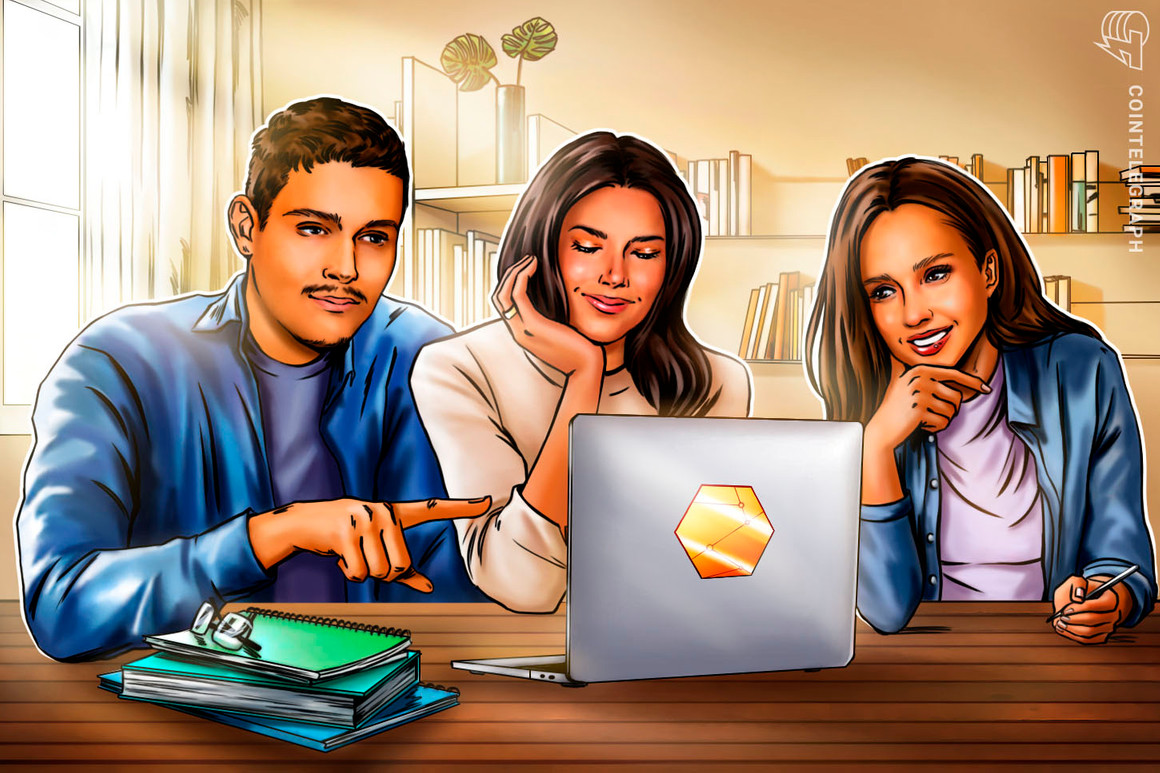 Interest in crypto has been growing since the 2017 bull market and has increased even further since 2021, which saw the nonfungible token (NFT) boom and Bitcoin (BTC) hitting its highest price so far.

So, what can a crypto investor tell family and friends who are interested in cryptocurrency? Here are some common and important questions that one can come across regarding crypto and some appropriate responses with opinions from experts in the industry.

One of the most common questions a crypto investor might get asked is what cryptocurrency is in the first place. Cryptocurrency is a digital currency that is designed to be used as a medium of exchange. This exchange can come in the form of peer-to-peer (P2P) payments and retail purchases.

Lucaz Lee, CEO of Affyn — a mobile-based metaverse platform — told Cointelegraph, “A cryptocurrency is a digital or virtual currency designed to work as a medium of exchange. It uses cryptography to secure and verify transactions, making it difficult for anyone to create fake transactions or counterfeit money.”

Lee continued, “Additionally, cryptocurrencies are decentralized and use distributed ledger technology, meaning no central bank or government is controlling them.”

Cryptocurrencies exist on the blockchain, which is a public ledger that records all transactions that take place, making it possible for anyone to see how money moves through the network. While anyone can see how much money a user owns and how it is spent. Users need a wallet to send and receive crypto, and these wallets use alpha-numerical identifiers, which add a layer of anonymity to the users.

What purpose does cryptocurrency serve?

The main purpose behind cryptocurrency is the ability for anyone to send and receive money through a decentralized P2P network. This works as a digital version of cash. For example, when users pay with cash, they pay directly to another person without having to go through an intermediary such as a bank or payment processor.

Cryptocurrency does this on a digital level, allowing anyone to transfer money directly to another person, entity or organization while retaining control of their funds at all times. Lee agreed with this take, stating, “cryptocurrencies can be used as a medium of exchange or payment for specific services without any intermediary or centralized control. It removes the limitations of traditional finance, enabling the globe’s large numbers of unbanked and underbanked users to access financial services.”

Cryptocurrencies are also being used as investment vehicles, with users being able to make high returns due to their limited supply, high volatility and high level of speculation.

If crypto isn’t backed by anything, how is it worth anything?

First, a lot of the value comes from the utility of a cryptocurrency. The more a cryptocurrency is needed for a particular task, the more demand there will be for that cryptocurrency. Examples include using crypto as a store of value and uses for particular protocols within sub-industries like decentralized finance (DeFi) and NFTs.

Recent: Armenia aims to position itself as a Bitcoin mining hub

Igor Mikhalev, partner and head of emerging Tech at EY and decentralized autonomous organization chairman of Blueshift — a decentralized exchange — weighs in on this question, telling Cointelegraph, “cryptocurrencies built well are worth increasingly more because they exhibit the foundational functions of traditional currencies: scarcity, medium of exchange/account and store of value. It is possible due to advances in the underlying tech, legislation and people’s general attitude toward it.”

It’s also worth noting that fiat currencies like the United States dollar, euro and Great British pound aren’t backed by anything (hence the term “fiat” currency). Mikhalev spoke on this, adding, “the USD is not backed by real assets such as gold and is only backed by people’s trust in the U.S. as the issuer. So, why should we not want to support, own and exchange currencies issued by other mission-driven collectives backed by their value and utilities? This is the foundation of the new decentralized economy.”

Lee gave his opinion on the value of cryptocurrency, adding, “cryptocurrency is not backed by anything, but it is intrinsically worth something because people believe it has value. Market forces of supply and demand determine the price of a cryptocurrency.”

Speculation and investment also play a role in the value of cryptocurrency. If investors believe the value of a coin will increase over time, they’re more likely to buy and hold that coin, expecting to turn a profit in the future.

In a broad sense, no, as cryptocurrency isn’t regulated, and there are a lot of services, products and commodities that will always need traditional cash. However, governments are looking into creating their own digital tokens known as central bank digital currencies (CBDCs) and there are growing uses for decentralized cryptocurrencies.

“You can’t walk into a Starbucks in America and pay with Swiss francs or pounds. Yet, both of these are real money. Context matters.” Rockwell Shah, co-founder at Invisible College — a Web3 learning community — told Cointelegraph, adding:

“Similarly, the major cryptos are native currencies of their own digital nations. They have relevancy in their own blockchain borders. If the use cases of crypto are so compelling that people use them instead of traditional currencies even outside of their digital borders, then great. Welcome to the free market.”

Lee also believes the answer to this question is context-based. “The answer to this question is not a simple yes or no. It depends on the country and the corresponding economic system. In countries like Venezuela, where the government has mismanaged the economy and sparked high hyperinflation, cryptocurrency has become a way of life for many people.”

Some experts believe that the underlying principles behind cryptocurrencies actually put them ahead of traditional currencies when it comes to adoption.

“Remarkably, crypto has already started surpassing national currencies on the foundational functions because of their democratic and transparent nature people intrinsically lean toward. Coupled with the decline in trust in government/official institutions, this presents fertile grounds for accelerated adoption,” Mikhalev said, continuing:

“One can see this awkward (for traditional money institutions) situation already today: The debate around the introduction of CBDCs (nation-level digital currencies) is stalling. Central, by nature, institutions do not want decentralization, as it will lead to their demise. However, there is no turning back. Once the technology is mature enough (and one can argue that it has already happened), it will only take one major geopolitical event for the explosive adoption to begin.”

Can cryptocurrency be hacked?

Blockchains themselves are largely impervious to cyberattacks. Lee spoke to this point:

“Blockchains, by design, are nearly impossible to hack because they are decentralized and rely on different security mechanisms. However, external variables such as hot wallets, centralized wallets, bridges and even smart contracts can be hacked.”

Therefore, the best way to secure users can secure their funds is by storing them in a noncustodial wallet, which is a wallet that allows them to own the private keys and wallet seed. This way, an attacker would need to know the private key and wallet seed to access their funds. Regarding platforms, hackers usually resort to phishing attacks to try and trick users into giving away information such as passwords and login info so the hackers can access their funds.

What causes cryptocurrency prices to increase?

Speculation and supply and demand are some of the main factors driving cryptocurrency prices. Most cryptocurrencies have a limited supply, and when there is a lot of demand for that coin (due to speculation of utility), the price usually surges in response to this.

Lee also believes supply and demand is the main reason a cryptocurrency’s price increases, stating that “the price of all assets, including cryptocurrencies, are determined by demand and supply. When the demand for an asset exceeds the supply, it creates a price surge. At times, macroeconomic and geopolitical factors also influence crypto prices.”